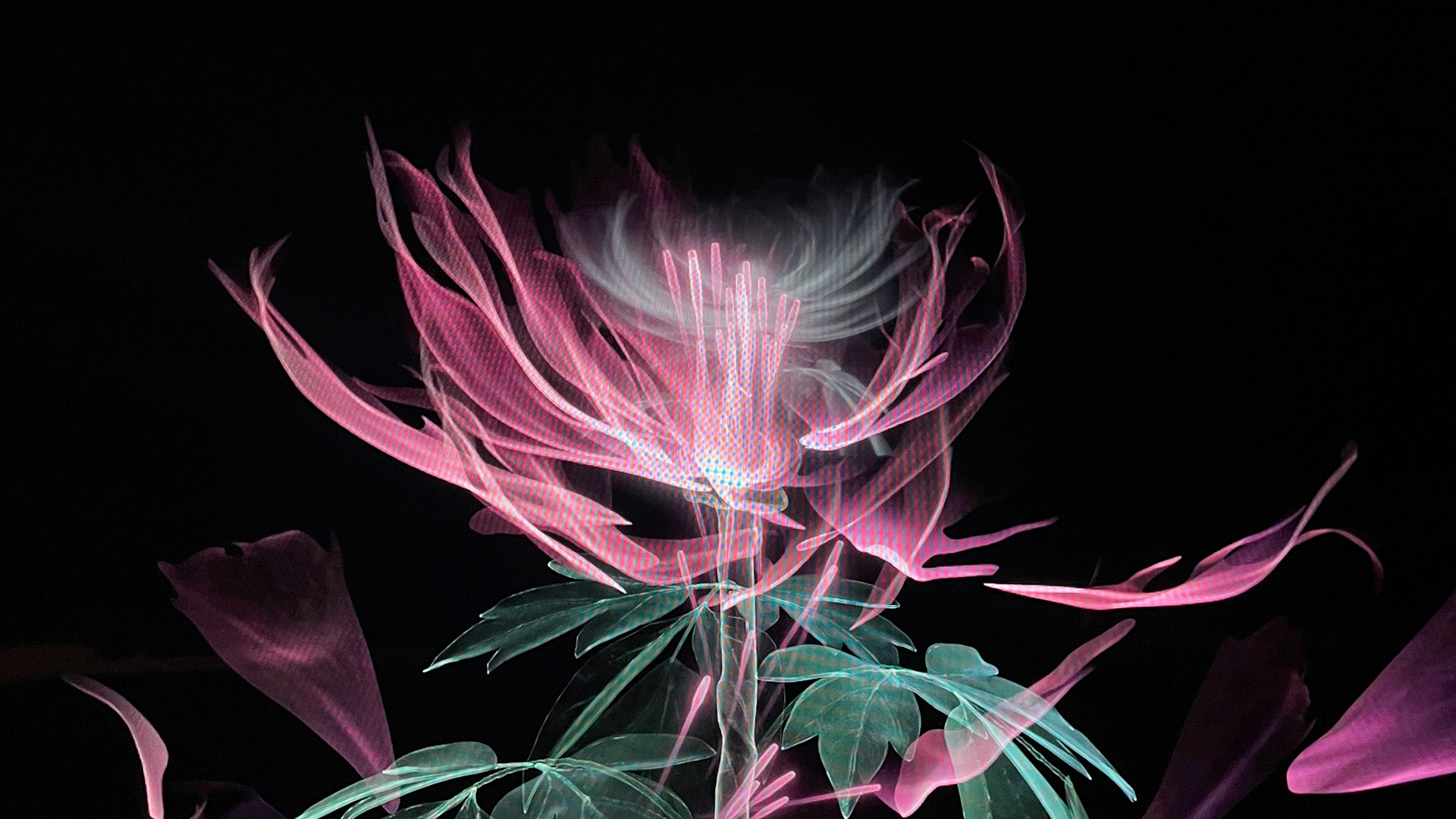 Morando is a two-channel video installation depicting glowing peonies that are repeatedly blooming, reminding us that all life goes through birth, life, death, and rebirth. It is composed of two transparent OLEDs that are facing each other in a dark setting. As the audience walking through the room, at some points, the two peonies—distanced from each other—overlap and eventually become a more colorful and abundant flower.

Peonies, a symbol of wealth and prosperity, were the most beloved subject for flower paintings in the Joseon era (1392—1910). At that time, peony paintings (called Morando in Korean) were used for various events such as weddings and funerals. Inspired by narratives and beauties of peony paintings, the unit reinterprets the traditional painting through technology.

This detailed expression of peonies was made possible by x-ray technique that captures entire petals which cannot be seen through human eyes. The piece also employs the time-lapse method to create a work that captures the blooming moments of life. 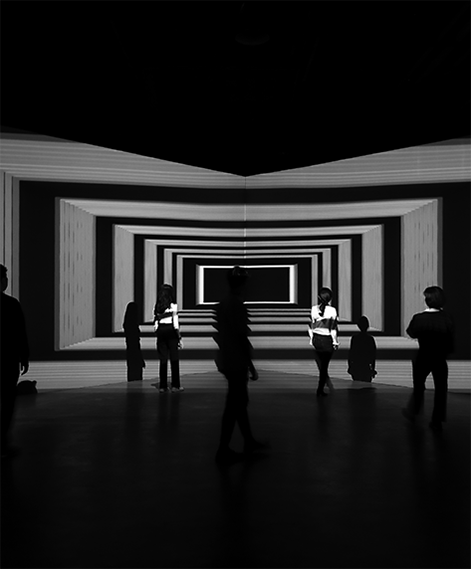